Applications Of CAN Bus Controllers And Their Advantages

Controller Area Networks (CAN bus) are robust bus standards created to enable microcontrollers and other devices to communicate through applications without requiring host computers. They are message-based protocols, which were initially designed for multiplex electrical wiring in automotive machines, but now they are proving useful in numerous other contexts. CAN is generally a serial communication network that essentially supports distributed control, as well as real-time control. In contrast to most RS-485 distributed systems, the CAN-based distributed systems offer numerous benefits in the following regards:

The CAN bus controllers function in different ways. Each network node can compete in sending data to the bus depending on the bus access priority through a lossless structure, also known as bit-by-bit arbitration. The CAN protocol did away with the website address codes and replaced them by encoding communication data. As such, that allows different nodes to receive comparable data concurrently.  These qualities consequently make data communication among network nodes created by the CAN bus real-time. That means it's much easier to construct the redundant structure and improve the system's flexibility and reliability.

Typically, CAN bus controllers are linked to the physical bus using a couple of output terminals, CANH and CANL. Comparatively, the CANH terminal state can only be suspended or high-level, while the CANL terminal can only be a low-level or suspended state. That helps ensure it won't feature in the RS-485 network. Ideally, any error occurring in the system or, instead, when more data is sent to the bus concurrently from multiple nodes, the short-circuit is triggered, which causes damage to various nodes. However, the CAN nodes have an automatic shut-down function on the output when an error arises. That means that other nodes on the network continue functioning well and uninterrupted. Furthermore, the excellent CAN communication protocol is usually Identified by the CAN controller chip and the interface chip. These two significantly minimizes the challenges faced during system development, which, in turn, shortens the development cycle.

When contrasted to other systems, the CAN bus is an internationally recognized Fieldbus standard. It consists of numerous features, including excellent communication speeds, straightforward implementation, and high price-performance ratios. All these are vital factors why the CAN bus is applicable in numerous industries, besides having a competitive edge in the market.

Finally, the CAN bus controllers belong in the industrial field bus. Unlike the general communication buses, the CAN bus is impressively reliable, real-time capable, and flexible in data communication. Furthermore, its outstanding performance and unique design make it attract more attention. It is widely adopted in the automotive industry, where manufacturers use it to design various internal data control applications and systems. 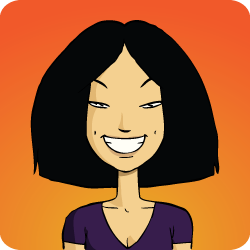 One day, after watching a show on TV about people who had high-tech homes, I decided to invest in some better electronics. I headed to the store to see if I could find a state-of-the-art sound system and a projector for my living room. I found an incredible array of high-tech gadgets, and it was difficult to decide. Fortunately, a friendly sales representative took me under his wing and explained all of the gadgets and gizmos that I found. This blog is here for other novice homeowners like myself who might be wondering how to spruce up their place. You never know, it could make your home truly special.